We may never know where when and how tatting came to be but we have many publications which will aid us in the study of the development of this lacemaking art.

13 new tatters were created at the recent 2015 IOLI convention in Iowa.

[offsite link]
A fascinating look at the company that spans the decades from the 1800´s to the present. A free download of the history is also available: http://www.coatsandclark200years.com/pdf/timeline.pdf

A brief overview of several methods of tatting: finger tatting, shuttle, needle, needle used as if it were a shuttle, cro-tating, Japanese hook tatting.

Some inspiration for tatting projects

A few notes on the influence of the Barbour Brothers thread company on tatting.

A few notes on the influence of the Belding Brothers Silk Thread Company on the art of tatting.

A few notes on the history of Brainerd & Armstrong Spool Silk Co and tatting.

Chemical Lace. Machine-made Tatting, Faux Tatting. Embroidered fabric was treated with a chemical which dissolved the fabric leaving only the faux "tatted lace" behind. Examples of chemical lace tatting can be puzzling to the tatter.

[offsite link]
Virgina Mescher is familiar to tatters from her article on Civil War Tatting which was enjoyed in the online tatting class in 2001. Her book "Flitting Fingers: Tatting in the 19th Century" by Virgina Mescher is a real gem for tatters and tatting historians This fascinating look at tatting offers many 19th century patterns & directions.

A few notes on the history of Collingbourne's and tatting, Richard Silk Company, and Virgina Snow Studios.

A brief history of the Dexter Yarn company and its influence on tatting.

The importance of the DMC thread company to tatting.

[offsite link]
Dora Young was the inventor of the Split Chain and Heidi Nakayama is the lucky inheritor of the Dora Young collection. She has built a web site to share it with the online community. Thank you Heidi!

Dr. Cantwell's How to Tat

Intriguing set of instructions by a Dr. Cantwell published in 1914. Includes direction for making a "bar" chain? using a separate needle and buttonhole stitches.

Just sharing sharing notes about the origins or "family tree" of tatting.

In many parts of the USA women have banded together to knit, crochet, quilt (and surely tat) lovely items to be sold along with jams and jellies for fundraisers.

A few notes on the influence of Heminway Silk Company on tatting.

[offsite link]
Cary Karp wrote this history of tatting document. This is version 1.3, released on 29 April 2017, replacing all previous versions. This document is subject to further revision and the most recent version will be found at http://stringbed.com/early-tatting.pdf.

History of Tatting, A work in Progress.

The Origins of Tatting are lost in history but we do have a growing timeline for the advancements. This short article mentions a few of the highlights.

Identification of the original sources for the House of White Birches Tatting Book series and a short history of HWB, now known as DRG network.

How did we celebrate International Tatting Day on April 1, 2017?

[offsite link]
Heidi Nakayama has collected tatting shuttles for many years and has recently produced a book on this subject.

What is the strangest material with which you have ever tatted? It wasn't bark from the lace bark tree but what a story this is.

An historical incident involving dogs and lace smuggling. The content is graphic.

During a maintenance outage, a few tatting newsletters may not have reached tatters. Here is a list of those newsletter now posted online as tatting articles.

Memories of Tatting at the Fair

My memories of the Cumberland County Fair and tatting go back more than 60 years.

Recently, this mysterious doily was rediscovered on Intatters and caused a commotion. I was so pleased to know that even after more than a decade this doily is still being studied and worked by tatters. Patty Dowden of the Intatters discussion group on this doily, has prepared a new set of diagrams

Women Tatters of the pre-Civil War era in the USA were considered "legally dead!" It is a wonder that any tatting or tatting patterns survived.

Tatting shuttles from the collection of Rachel Mohler, Georgia Seitz and historic sources.

Tatted Lace at the Monastery of St. Gertrude Museum in Cottonwood Idaho

Tatting as a Rest Cure

Tatting at a Prison

Prison Tats; Or, Teaching Tatting at a Correctional Facility.

Tatting is a delight for the mind, the eye and the hand. An inexpensive lace making art requiring only tatting shuttles, thread and patience, tatting is a surprisingly good method of stress management and a creative outlet.

Rebecca Jones Lives! And is celebrating the 30th anniversary of that wonderful book known as the standard reference book for tatting. TATTING FROM CONCEPT TO CONCEPTUAL ART AN EXHIBIT TO BE HELD FROM June 3rd 2016 to April 1, 2017 AT THE LACIS MUSEUM OF LACE AND TEXTILES

A History of Tatting, A work in Progress by Georgia Seitz. As I continue my study of the origins of tatting I will continue to post the information.

Here is an article to give you an idea of the different types of tatting shuttles and needles which you can buy.

In studying old Australian newspapers archives Judith Anderson discovered a pattern with unusual directions. This pattern was printed in 1901 and seemed top include direction for the split ring. I believe that this may make it the earliest documented use of the split ring

[offsite link]
Here is the site written by the Tatting Consultant to the Lace Museum - lots of interesting historical information here!

In the last few years I have been asked for a copy of a speech I gave back in 2007. I post it here in hopes that it will be of interest to all and available to all. the speech was given at the Palmetto Tatters Guild 5th Annual Tat Days 2007, "Flower Garden" Sept. 7, 2007, White Oak South Carolina US

It was a common practice among the early manufacturers of thread, flax, cotton wool or silk to also publish patterns which called for the use of their products.

What is traditional tatting? Does the use of a second shuttle to throw off floating rings from a chain make it contemporary?

A few notes on origin of tatted lace with points which is often referred to as "Van Dyke" style.

A list of the issues of the Workbasket Magazine and the tatting patterns in them from the first issue 1935 through 1944.

A list of the issues of the Workbasket Magazine and the tatting patterns in them from the first issue 1945 through 1954.

A list of the issues of the Workbasket Magazine and the tatting patterns in them from the first issue 1955 through 1964.

A list of the issues of the Workbasket Magazine and the tatting patterns in them from the first issue 1965 through 1974.

A list of the issues of the Workbasket Magazine and the tatting patterns in them from the first issue 1975 through 1984.

Links marked with the [offsite link] designation point to websites not associated with BellaOnline.com. BellaOnline.com is not responsible for the material found there. 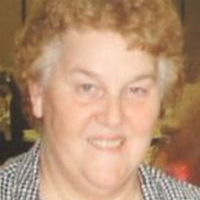 Got a tatting question? Have a tatting tip to share? The Tatting forum here at BellaOnline.com is the perfect place for you. Please post info on tatting guilds and groups anytime, too.